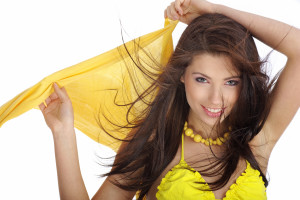 Responses Made by Female College Students Regarding Sexuality

A recent study reviews survey responses of female college students who completed Multidimensional Sexuality Questionnaire (MSQ) and Heterosexual Contact Scale (HCS) questionnaire.  The questions were completed by women who may or may not initiate sexual contact with men.  Women who didn’t initiate sexual contact scored lower on the MSQ in relation to factors such as sexual self-esteem and satisfaction.  Factors such as geographic variations, anxiety and depression may be reasons why some scored lower than others.

A reason behind why this study was conducted includes getting a better understanding of sexual aggression experienced by college students.  This includes reviewing hostility and how it is directed toward peers and those of the opposite sex.  Some researchers claim the issue may have been a problem for some as early as adolescence.

The MSQ measures different factors and how they relate to sexuality such as anxiety, assertiveness, fear, satisfaction and more (12 factors are measured in total).  Women often scored higher on fear while males who complete a similar questionnaire score higher on aspects such as self-esteem, motivation and assertiveness. The HSC reviewed sexual experiences or relationships from an individual’s past.   The study also helped to gain some understanding of how relationships were affected depending on a person’s location, age when they first had sex and how many partners they have had during their lifetime.

The idea was to learn if whether a woman’s past sexual experiences may or may not have an influence on how she initiates sexual contact with another person.  Women who used persuasive strategies were thought to have scored higher on certain areas of the questionnaire such as satisfaction and self-esteem.  Women who participated in the study were from rural and southern college universities, with over 500 taking part. The women were married, divorced, cohabiting or single.

The questionaries’ help researchers learn the tendencies of the women in how they become absorbed with sexual thoughts.  Other factors they were asked about include what kind of desire they had to be in a sexual relationship, tension toward sexuality, public impression of sexuality, whether or not human sexuality can be controlled from an outside source and fears in relation to engaging in sexual relations with another person.  Sexual strategies were also explored including persuasive, forceful, physical and non-physical types (massages, dancing, perfume, etc.).

The questionnaire was given to participants as a packet they took home to complete.  There were differences in different subject areas with those using force scoring higher on factors such as sexual esteem and sexual consciousness.  Those who claimed to use non-physical coercion scored higher on sexual preoccupation, anxiety and motivation.  In the end, researchers felt that women who didn’t initiate sexual contact scored lowered on motivation and sexual preoccupation factors.  It may be perceived that women who scored lower in this area may forgo personal satisfaction.  Yet, certain aspects of this study were shown to be inconsistent with a similar study conduct in the past.  Researchers have agreed that factors such as women’s motivation and sexual preoccupation should be studied on its own.