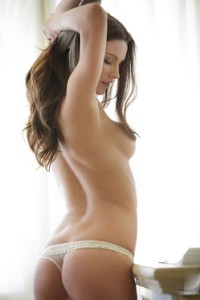 Researchers study the significance of body odor and why it is an important factor in relation to sexual attraction.  The purpose of the study includes investigating differences of body odors and fragrances between males and females.  The idea was to learn what smells turn on men, women and their sexual partners.  Heterosexual men, women, gays and lesbians participated in the study with floral sweet scents and musky-spicy scents being most common.

Throughout history researchers have known for fragrances to play a role in human attraction.  This also includes a person’s unique body odor.  It is understandable that certain odors act as a form of communication between different species.  Earlier studies often looked at how men and women use fragrances to increase their attraction potential to the opposite sex or as a way to attract a mate.  In short, men often had an odor that would attract a woman, and a woman would have an odor that attracts a man (with males and females in this scenario being heterosexual).

For this study over 500 people participated; it included over 400 females and 150 males. The study was approved and reviewed by a Catholic university in the state of Florida. They completed an online survey that was also advertised on social networking sites. Most people who participated identified themselves as being heterosexual, yet there were a handful of gays, lesbians and bisexual women who supplied data.  Age ranges of participants were between 18 and 67 years old.  Ethnic backgrounds of participants were mixed including Whites, African Americans, Mixed Race, Asian and Caribbean to name a few.

The study included reviewing different types of scents and popular fragrances for males and females.  Herbal, honey, sweet, fruity, rich, leather, oriental, floral and a variety of others were asked about (a total of 18 types of scents were included).  Each person was asked to rate each scent with 1 being very little and 7 being very much as far as their personal preference.  As far as each fragrance, they were asked if they preferred it for themselves and/or their sexual/romantic partners.

For self-odor preferences honey, floral, sweet, spicy and oriental were a few top picks.  All of the odors included were later divided into factors to get a better idea of their affects.  For their partner, musky, sweet, floral, fruity, lavender, woody and lemon were a few top picks of preference.  Certain scents seem to have a stronger preference for those who are gay and lesbian.

Out of the 18 types of fragrances used in the study, researchers narrowed them down to 2 groups: musky-spicy and floral-sweet.  Researchers found that either men or woman who had a certain odor preference for themselves may have a different view of what they prefer for their partner.  Overall, a scent men and women seemed to prefer for themselves was citrus.  Women may find the scent appealing but men may not see it as a turn-off.