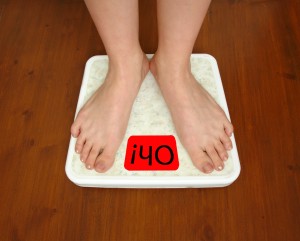 A recent study conducted by British researchers suggests men who find themselves in stressful situations may be more likely to seek comfort in women who have a fuller body size.  The study included reviewing stressful experiences of men and how it may have an influence on how they view attractiveness in women, especially of those of size.  While this takes a scientific look at reasons why, many feel that men often find women to be more attractive when they have a variation of curves instead of being skinny.

Men who participated in the study were divided into groups and took part in certain tasks created to increase their stress levels.  The participants included over 80 males who are heterosexual undergraduates.  The men are all British white and were invited to take part in the study.  Their ages ranged from 18 to 42.  Some men took part in tasks while others did not in order to gain definitive comparisons.  After tasks the men were asked to rate women based on attractiveness with women varying in size.  Some were obese while others were emaciated.  Body mass indexes (BMI) were also measured.

The stressful situations seemed to be long term and short term.  Researchers felt the effect on men didn’t seem to change no matter how stressful their situation was.  One reason researchers claim men may prefer or likely choose a woman of size may depend on their environment, meaning where they live and their lifestyle.  For instance, men who were in an environment that seemed to have scarce resources such as food, they were more likely to shift and change to another woman.  Basically, if your lifestyle presents numerous elements of stress it is likely you’re stress levels will be higher.

When the men were broken into groups, one group of men had high levels of stress.  The other group of men was not stressed at all.  The situations they participated in included public speaking and interviewing.  The BMI preferences of the men were also compared.  So in turn, when the men’s environment changed their preference in women changed but more seemed to prefer heavier women or considered women who varied in body size.  Researchers feel the study may support other findings that are related economically and physiological linked to stress and lifestyle.

Data from the study may suggest that changes in one’s environment may alter common perceptions of what is considered the ideal body size.  The results of the study show that both groups of men seemed to be on the same page as far as choosing women of size.  Yet, men who were stressed felt heavier women were more attractive than those who were not.  It has been believed that heavier women may pose more as a motherly figure or offer more comfort during times of need.  Such thoughts may be perceived more by stressed men.  While the study may offer an interesting perception on the idea, some men claim their personal preference in women remains the same whether or not their experiencing stressful times.